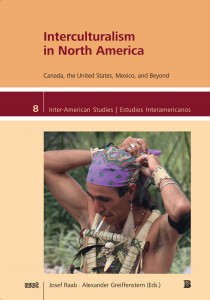 As the essays and interviews collected in this volume demonstrate, inter­culturalism has been and continues to be the American way of life. While this book concentrates on Canada, the United States, Mexico, and the Caribbean—with some cross-references to Brazil—, interculturalism does not stop there. It is an inter-American and a global phenomenon, which calls for a transdisciplinary and transnational academic practice. This volume distinguishes three main ways of dealing with difference in intercultural scenarios: (1) a transcultural approach that focuses on the interaction of cultural practices, (2) a reinforcement of cultural distinctiveness that resists interpenetration and amalgamation, and (3) a return to spaces, communities, histories, or cultural practices that results in their rediscovery as different. While the introduction to this book discusses the theoretical dimensions of interculturalism, the fourteen subsequent essays explore intercultural materials, practices, and policies in the context of “transculturality,” “difference,” and “rediscovery.” They are followed by interviews with four practitioners of interculturalism: Ana Castillo, Helena María Viramontes, Santa Barraza, and Bryan Mulvihill.

“Here’s a publication worth one’s time and also worth reading time and again. Backed by evidence and deep knowledge, Raab’s and Greiffenstern’s introduction sets the tone for the essays that follow. And the essays, independent in thought and presentation, do not disappoint. Their impressive range of perspectives adds to the value of this study. In brief, highly readable information that sticks to the point and avoids generalities.” (Rolando Hinojosa-Smith, Ellen Clayton Garwood Professor, University of Texas at Austin)

This entry was posted in news. Bookmark the permalink.