Boaventura de Sousa Santos is Professor of Sociology, University of Coimbra (Portugal), and Distinguished Legal Scholar at the University of Wisconsin-Madison. He earned an LL.M and J.S.D. from Yale University and holds the Degree of Doctor of Laws, Honoris Causa, by McGill University. He is director of the Center for Social Studies at the University of Coimbra and has written and published widely on the issues of globalization, sociology of law and the state, epistemology, social movements and the World Social Forum. He has been awarded several prizes, most recently the Science and Technology Prize of Mexico, 2010, and the Kalven Jr. Prize of the Law and Society Association, 2011. His most recent project – ALICE: Leading Europe to a New Way of Sharing the World Experiences – is funded by an Advanced Grant of the European Research Council (ERC), one of the most prestigious and highly competitive international financial institutes for scientific excellence in Europe. The project was initiated in July 2011 and will continue for the next five years. Boaventura de Sousa Santos has published widely on globalization, sociology of law and the state, epistemology, democracy, and human rights in Portuguese, Spanish, English, Italian, French, German, Chinese, and Romanian.

Keynote Lecture: “The Americas: Social Movements and Resistance against US Imperialism”

Yudersky Espinosa Miñoso is a theoretician, activist, essayist and teacher from Santo Domingo, Dominican Republic, living currently in Bogotá, Columbia. Her thought and writing engages with and confronts radically current socio-cultural expressions of racism, (hetero) patriarchy and coloniality in Abya Yala, Latin America. She is co-founder of the Grupo Latinoamericano de Estudios y Acción en Sexualidades, Género y Cultura (GLEFAS) and co-editor of the volume “Tejiendo de otro modo: Feminismo, epistemología y apuestas decoloniales en Abya Yala”. As a student of María Lugones, one of the most prominent voices of a decolonial feminism, she ended up becoming one of its main references in Latin America.

David Luis-Brown is an associate professor in the Cultural Studies and English Departments at Claremont Graduate University. His research specializations include hemispheric Americas studies, Latino/a/x studies, black diaspora studies, and American literature and culture in general. Using a transnational, hemispheric Americas approach, Luis-Brown teaches interdisciplinary and interethnic courses on issues of race and imperialism in United States and on Latin American literature and culture. Luis-Brown received his PhD from the University of California, Santa Cruz. Since then, he has been the recipient of a President’s Postdoctoral Fellowship from the University of California, Berkeley, a National Endowment for the Humanities Summer Stipend, an Andrew W. Mellon Foundation Research Fellowship, and a Sheila Biddle Ford Foundation Fellowship at the W.E.B. Du Bois Institute for African and African American Research at Harvard University. He is the author of Waves of Decolonization: Discourses of Race and Hemispheric Citizenship in Cuba, Mexico and the United States (Duke University Press, 2008). His most recent article is “Slave Rebellion and the Conundrum of Cosmopolitanism: Plácido and La Escalera in a Neglected Cuban Antislavery Novel by Orihuela.” He is also the author of “An 1848 for the Americas: the Black Atlantic, ‘El negro mártir,’ and Cuban Exile Anticolonialism.” 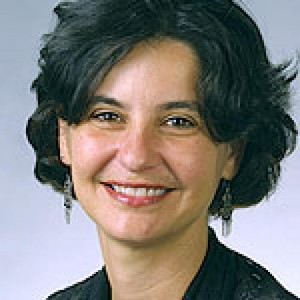 Cecília MacDowell Santos received her PhD in Sociology from the University of California, Berkeley, and a Master in Law from the University of São Paulo. She joined the University of San Francisco in 2001, and since 2006 she is also a research member of the Center for Social Studies at the University of Coimbra in Portugal. Her research focuses on legal mobilization within and across national borders, violence, political memory, and women’s and human rights. She is interested in investigating how legal mobilization relates to politics and shapes the recognition of violence and subjects of rights on the basis of gender, race, class, and/or sexual orientation. This was examined in her book, Women’s Police Stations: Gender, Violence, and Justice in São Paulo, Brazil (Palgrave Macmillan, 2005), and guides her current research projects on transnational legal mobilization and human rights in Brazil, and the mobilization practices of the “Maria da Penha” law in São Paulo. One of her current projects, entitled “Transnational Legal Activism: Brazilian NGOs and the Inter–American System of Human Rights,” examines selected cases of gender–based violence, racial discrimination, violence against indigenous groups, and struggles over political memory and justice. Drawing on research conducted in Portugal on transnational legal mobilization and human rights, she edited the book, A Mobilização Transnacional do Direito: Portugal e o Tribunal Europeu dos Direitos Humanos [Transnational Legal Mobilization: Portugal and the European Court of Human Rights] (Almedina Press, 2012). In 2015, Professor Santos won the Post-Sabbatical Merit Award in recognition of her “exceptional productivity in research, scholarly, or creative work.”