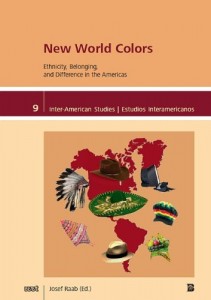 Focusing on developments of the past half century, this volume rediscovers the Americas as contested continents. Its twenty essays explore ethnicity, belonging, and difference in sites and contexts located throughout the Western Hemisphere—from Canada and the United States to Bolivia and Chile. They examine methods and motives for constructing identities and declaring affiliations in literature and other media, in communities and social movements, in national and transnational scenarios.

“The Americas? What Americas? As academics erase the dividing lines between nations, politicians emphatically reinforce them, backed by xenophobic rationales and brutal police squads. The tension between these two visions makes one think we live in parallel universes, and at times we certainly do: a Leibnitzian construction in which ours is the less desirable, most frightening world. These probing scholarly essays, lucidly edited by Josef Raab, explore from various perspectives what it means to live in that bottom-of-the-barrel world, multilingual, multicultural, and multi-ennerving. The result is enriching, proving yet again that reality and the mind are not always in sync.”